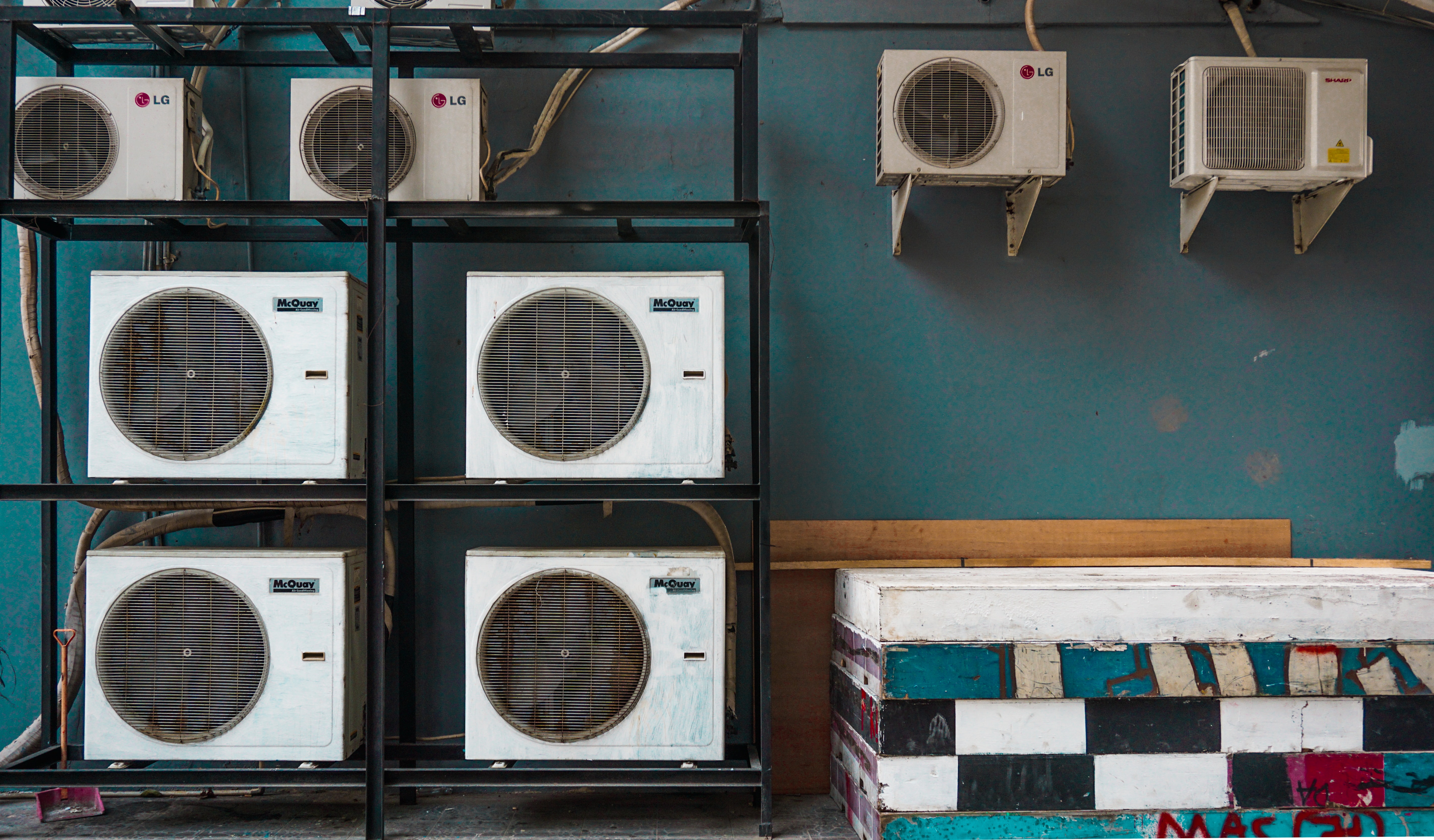 The History of the Almighty Air Conditioner

When the temperature gets above 80 degrees and the air conditioning starts to fail, it can be absolutely maddening. In today’s society, we’re all so used to our homes and work environments being pretty neutral in terms of temperature, and it can be hard to imagine anything else. But “anything else” was the norm for the vast majority of human history. In fact, modern air conditioning was only invented one hundred years ago, a drop in the vast ocean that is the history of mankind. How did we go from suffering in the heat with no reprieve to enjoying whatever temperature we desire? In this article, we’ll go through a brief recount of the history of air conditioning.

The first attempts to tame the indoor temperatures were in ancient Rome. Wealthier Romans took advantage of the aqueduct system, which was man-made bridges produced solely to transport water from one area to another. These Romans would use the cool water to circulate around their homes.

In the third century, Roman emperor Elagabalus stepped up his empire’s air conditioning game. He built an entire mountain of snow – yes, snow – by employing vast squadrons of donkey trains to move snow from mountains into the garden next to his very own villa. Despite being extremely inefficient( I mean, imagine trying to do that today), not to mention costly. However, this mentality foreshadowed the doggedness of later efforts to develop more efficient methods of internal cooling systems.

That doesn’t mean, however, that other tricks weren’t tried. One thousand years before Elagabalus tried to make his own crude cooling system, hand fans were routinely employed in ancient China.

Other cultures tried more indirect ways to limit the internal temperature. For example, in traditional Middle Eastern architecture, windows were kept facing away from the sun, to prevent light from entering the building and heating the rooms. Larger buildings were adorned with wind towers, which were designed mainly to catch and circulate any breezes.

However, after the Dark Ages, this luxury disappeared for even the wealthiest of people. It wasn’t until the late 19th century, more than 1500 years after Elagabalus dragged snow into his backyard, that real progress was made in the field of air conditioning. American engineers, with ambition and money, tried a variety of methods to help cool people off. One example was an awkward device that involved blowing air through cotton doused in icy water. The most notable usage of this contraption was to help relieve then-President James Garfield, in 1881, after he had suffered a gunshot wound. While the device supposedly relieved him from the sweltering Washington heat, it required massive amounts of resources to maintain. Reportedly, the device required over half a million pounds of ice in just two months to comfort the President.

It all changed with the development of usable electricity. The creation of alternating current motors by Nikola Tesla made the eventual development of the oscillating fan in the early 20th century. Additionally, in 1902, a young engineer from the Big Apple, Will Carrier, developed the first modern air conditioning system. His system was quite a bit more efficient than the models used by people like Elagabalus and even President Garfield.

This mechanical machine sent air through coils, which were cooled by water. Interestingly, this machine was not developed to soothe humans trying to escape stifling heat. Carrier created this modern air conditioner in order control the humidity in the printing plant at which he worked. Twenty years later, in 1922, Carrier improved upon his device with the development of the centrifugal chiller. This device added a central compressor, which allowed him to reduce the overall size of the machine. In 1925, Carrier introduced this device to the world during the Memorial Day weekend. Debuting at the Rivoli Theater in Times Square, Carrier would make history. For years after his air conditioning’s debut, throngs of people filed into air-conditioned theaters to escape the sweltering heat of New York summers.

It’s an understatement to say Carrier’s development of the air conditioning system profoundly affected American life and production. As soon as the 1930s, his air conditioning system had spread to all sorts of establishments, including department stores, rail cars, and offices. These developments in turn massively impacted American summer productivity for the better.

Despite all these advancements, air conditioning systems were much too large and expensive for the average consumer. By 1932, most units were very bulky and not economical. That year, HH Schultz and JQ Sherman filed for a patent on a device that was small enough to be placed on window sills.

By the late 1960s, nearly all new homes were made with air conditioning systems in place. These developments made living in places like Arizona or Florida much more palatable, fueling massive population surges in these states( Imagine living in the desert without it!).

In the 1970s, as the energy crisis struck, legislation was set in place in order to increase efficiency and reduce energy consumption, making these machines more economical for consumers. In 1992, the United States Energy Department developed more guidelines concerning energy consumption for manufacturers, netting the American public an astounding 29 billion in energy bill savings over a twenty year period. These programs, on top of being massively cost-effective, have spurred the development of energy efficient machines. In fact, air conditioners use more than 50% less energy than they did in 1990.

The next time you’re kicking back, enjoying your comfortably chilled room, think of what you could have been experiencing instead. While you’re relaxing and enjoying air conditioning on the cheap, remember even Roman emperors had to drag snow from faraway mountains to cool off in the summers.

About UsJoin Our Team
Give us a Review
Our Reviews
Blog

Thank you! Your submission has been received!
Oops! Something went wrong while submitting the form.

Created by Bradley & Chelsea Gilmore
Need a website? Reach out!